Zionist enemy forces Palestinian to demolish his home in al-Quds 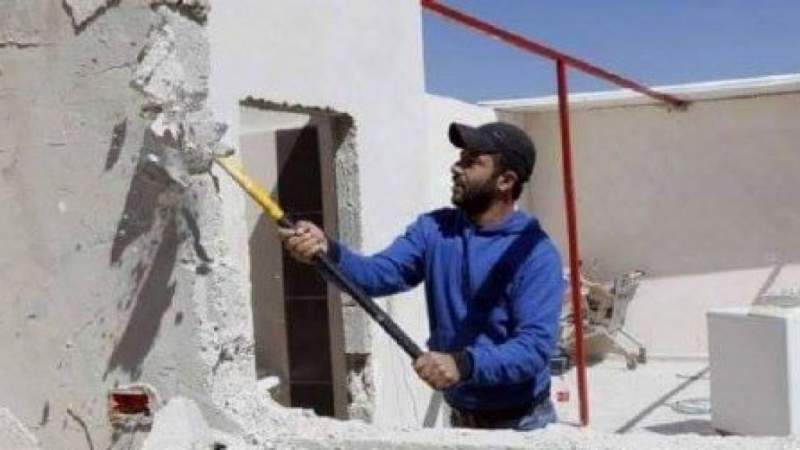 SANAA, Jun. 14 (YPA) –  The Zionist enemy authorities on Thursday forced a Palestinian citizen to demolish his house in the town of Beit Hanina, north of occupied al-Quds.

According to the “Palestine Today” agency, the owner of the house, Fawaz Abu Hammad, explained that he had recently started demolishing his house and removing the rubble by a decision of the enemy municipality.

Abu Hammad explained that he built his house with his own hands and recently demolished it with his own hands, after attempts and years during which he tried to license the house, and he paid 43,000 shekels for building violations, pointing out that during the last session the municipality proposed imposing a new fine on him worth 35,000 shekels, in exchange for delaying the demolition for 6 months. However, he did not agree to it, after years of paying the fines without the possibility of a building permit.

Seven people lived in Abu Hammad’s house, including the family of his deceased son, “his wife and two sons,” and he said: “After the house was demolished, the family was dispersed, so there is no home for all of them, and we were distributed to live with the family.”

Abu Hammad pointed out that the cost of self-demolition amounted to 28,000 shekels, between the demolition process and the transfer of the rubble of the house, in addition to forcing him to reduce the height of the wall surrounding the land.