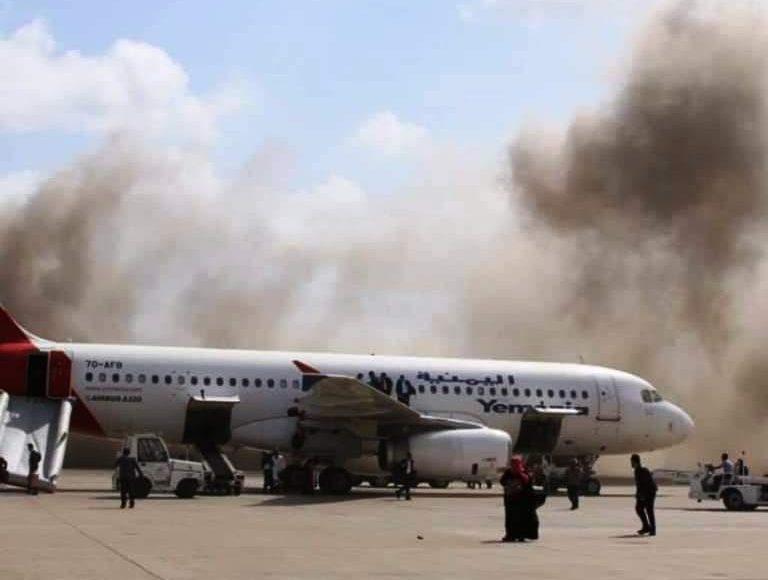 According to sources, the STC prevented so-called “national security” and “political security” of the Hadi government, in the investigation under the pretext of not tampering with the crime scene.

The source pointed out that the STC militia carried out an operation to prevent journalists from taking pictures of the explosion and began to confiscate a number of television cameras, after the explosion occurred at the airport.

#Breaking: ICRC in Aden announces one of its employees was killed and three others wounded in Aden Airport attack