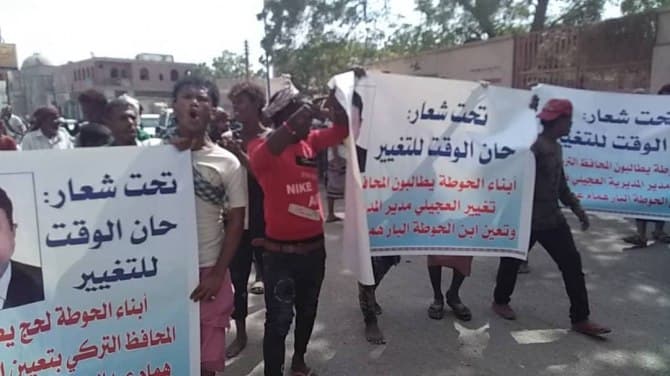 LAHJ, Nov. 22 (YPA) – Dozens of citizens organized on Sunday a protest rally against corruption in Lahj province, south of Yemen.

At the rally, the protesters raised banners and slogans blaming corruption of the Saudi-backed exiled government’s officials in the province.

The participants explained sons of Al-Houta district of the province suffered from the collapse of all basic services, especially in the fields of health, education and water.