Protests in Chile call for end to war against Yemen 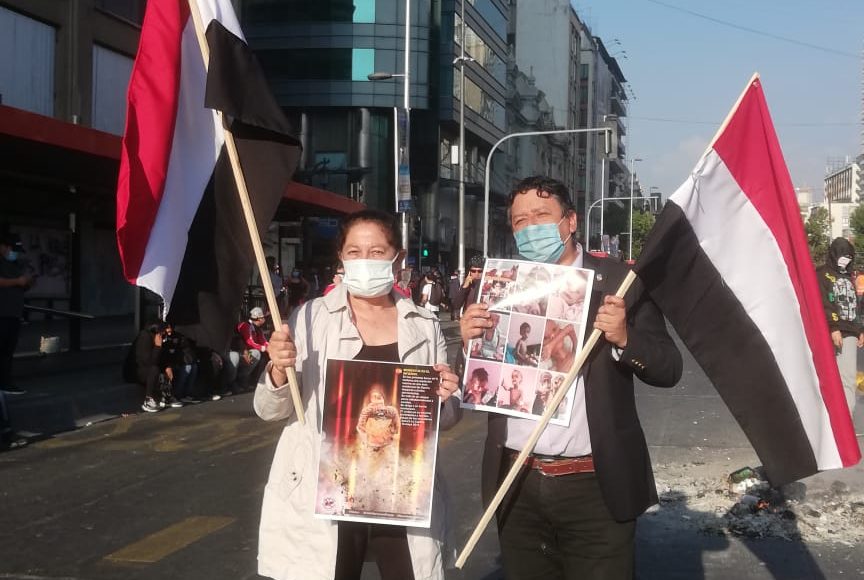 SANAA, Nov. 22 (YPA) – Chilean protesters have called for an end to the US-backed Saudi-led aggression on Yemen that has being waging since March 2015.

The move came during a mass protest in Chile demanding the resignation of President Sebastian Pinera and the release of individuals arrested amid previous protests.

The activists raised the Yemeni flag, as well as pictures of victims who have been killed by the Saudi-led aggression airstrikes.

They called for an end to the war in Yemen, the lifting of the blockade and the punishment of the perpetrators of crimes against the Yemeni people.

“The people of Yemen suffer under imperialist aggression from Saudi Arabia and its US allies, ” said Luis Rojas Leal, one of the Chilean activists.

“In a very little-known genocide, they are trying to extinguish an entire population by attacking them with weapons of mass destruction,” he added.

He concluded by saying: “in the midst of today’s great protest, we also support the Yemeni cause and denounce the dictatorial and monarchical regime of Saudi Arabia, which massacred children in Yemen with the support of the United States, in a cruel war that is not shown by the Western mainstream media.”