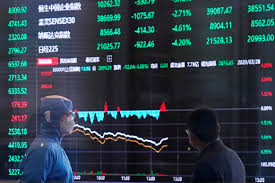 SANAA, Nov. 7 (YPA) – The American Johns Hopkins University reported that the United States recorded for the second day in a row an unprecedented record increase in the death toll from the emerging corona virus.

The university, which relies on its statistics on data from official bodies and open sources, confirmed on Friday that the death toll from Corona injuries in America increased on Thursday by 121,888 cases (compared to 102,831 cases the previous day).

The university indicated that 1210 new deaths due to Corona were detected in the country during Thursday.

In general, to date, according to university data, 9610965 confirmed cases of corona have been recorded in the United States, including 234944 deaths, which is the largest toll in the world.

The unprecedented rise in the rate of the coronavirus outbreak in the United States comes against the backdrop of the intense rivalry between President Donald Trump and his Democratic rival, Joe Biden in the presidential election.