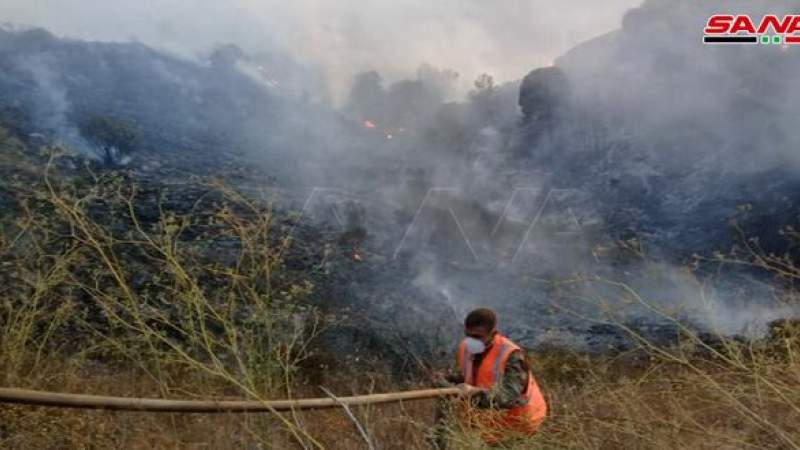 SANAA, Oct. 27 (YPA) – The Syrian firefighting teams managed to control a fire that broke out on Monday afternoon in the agricultural lands in Tal Kalakh countryside of Homs governorate.
Brigadier General Ghayath Aqil, Director of Civil Defense in Homs, told “SANA” agency that through cooperation between the firefighting teams, defense and fire department of the Agriculture Directorate, the Syrian army and the local community, the fire that broke out near the town of Nazareth was cordoned off and brought under control.

Aqil added that the firefighting teams are now carrying out the cooling and monitoring process for fear of renewed fire as a result of weather conditions such as drought and active eastern winds that contributed to the process of extending the fire spot and delayed the process of extinguishing it.

In turn, Elias Bitar, head of the Tal Kalakh Forest Department, explained that the fire affected about 30 dunums (30 square kilometers) of forest land in addition to large areas of land planted with fruit trees.

Tens of thousands evacuated due to fires in California, USA