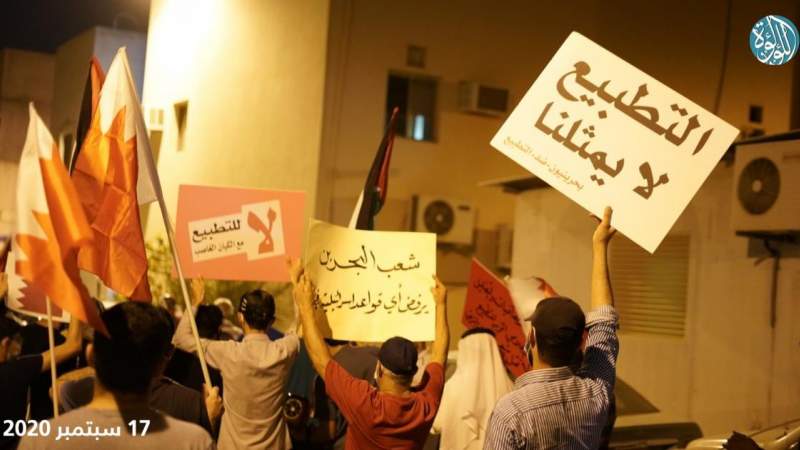 The protesters took to the streets throughout the Persian Gulf island state on Sunday night.

They carried signs that read, “Down with US and Israel” and “No to normalization with the occupying regime” as well as placards that condemned any facilitation of the Israeli regime’s intervention in the Persian Gulf region.

Others carried Palestinian flags, asserting that Manama’s stance towards Tel Aviv and the ongoing favorable coverage of the rapprochement by some media outlets did not serve to represent the Bahraini public’s opinion.

The protesters confirmed that they stand by the Palestinian nation and are against all instances of treachery” targeting them such as acts of normalization with the occupying entity.

The Zionist and American delegation arrived on a commercial flight of the enemy aircraft that crossed Saudi airspace to sign a number of trade agreements with the Bahraini regime.

Mohammed al-Houthi calls for probe into torture of war prisoners