Biden: Upcoming elections will determine future of US 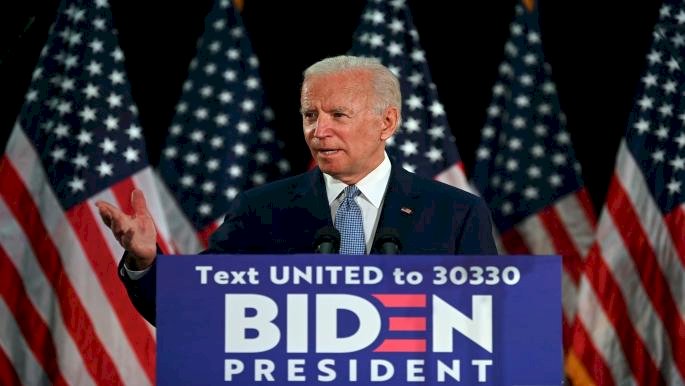 SANAA, Oct. 18 (YPA) – Democratic presidential candidate Joe Biden said that the upcoming elections will determine the future of many things in the United States of America, most notably the economy and democracy.
He wrote on Twitter on Sunday: “This election is greater than any of the candidates because it will determine the future of America’s economy, the health of Americans and the country’s position on climate change.”
He continued, “The upcoming elections will determine America’s commitment to justice among its population and the future of its democracy, in addition to many other things.”
Biden believes that the time has come to end what he describes as the “dark season”, pledging to implement a national strategy to contain the outbreak of the new Corona virus, in the United States.
The Democratic candidate warns that if President Donald Trump remains in office, the Corona injuries and deaths in the United States will remain high, small businesses will be permanently closed, and working families will continue to suffer.
The next US presidential elections are scheduled to be held on November 3.

Sanaa calls for stop of war, lift siege on Yemen to establish relations based on mutual respect