Woman wounded by gunmen in Abyan 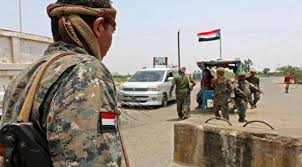 ABYAN, Oct. 17 (YPA) –  Unidentified gunmen shot a woman on Saturday in the city of Zinjibar, the capital of Abyan province, which is subject to the UAE “Southern Transitional” militia.

Local sources in the city confirmed that masked gunmen, believed to be affiliated with the STC, on board a motorcycle, shot the woman, wounding her, and then fled.

According to the sources, the girl’s condition is critical and she was taken to a hospital for treatment.

Women in areas controlled by the coalition militias are exposed to serious violations, including kidnapping, rape and enforced disappearance.

WFP: 40 % of Yemeni families are unable to meet their needs