Court sentences five people to death over killing of al-Aghbari 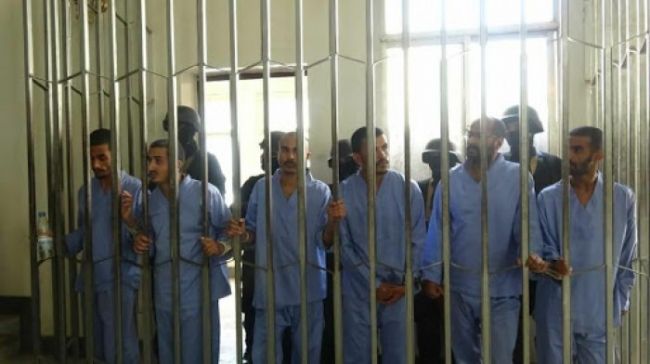 SANAA, Oct. 17 (YPA) – A court in the capital Sanaa sentenced on Saturday five people to death for committing and directly participating in the murder of the victim Abdullah al-Aghbari.

The court also sentenced another one to two years in prison.

The court heard two hearings of the video evidence and the defendants’ responses before issuing their initial verdict.

The case of the killing and torture of Al-Aghbari several months ago shocked the Yemeni street.  Activists  on social media circulated videos showing horrifying moments of the life of torture that lasted for hours and included beating, tasering and cutting al-Aghbari’s vein without any charges.