In photos: 240 of Yemeni war wounded return to Sanaa 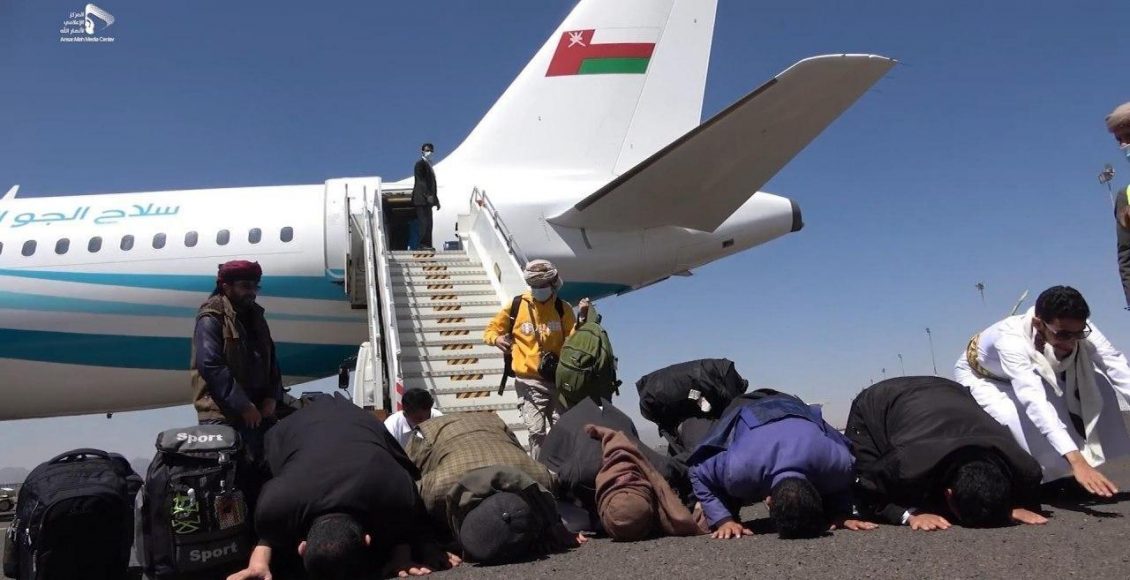 SANAA, Oct. 14 (YPA) –  A total of 240 injured people who received treatment outside Yemen arrived on Wednesday at Sanaa airport, coming through Oman. 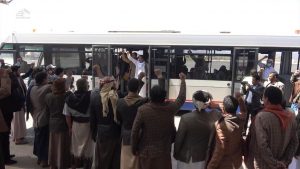 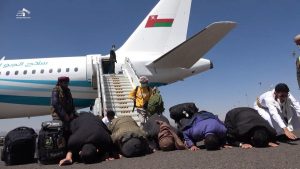 The wounded people who have been treated abroad have returned to the Yemeni capital Sanaa on two flights, the source explained.

Head of Yemen national negotiating delegation, Mohammed Abdulsalam praised the Sultanate of Oman’s humanitarian position towards the Yemeni people and its efforts to help returning the wounded and citizens stranded abroad to Sanaa.

“About 240 Yemeni people from wounded and stranded abroad have arrived in Sanaa on board two Omani planes,” Abdulsalam said in a tweet this evening.

He explained that among the returnees are the wounded who exited to Muscat during the Sweden consultations and the United Nations did not return them according to the agreement.

In his part, a top member in the Supreme Political Council, Mohammed Ali Al-Houthi, who was in forefront of those received the returnees at Sana’a Airport, welcomed the return of the wounded to the homeland after receiving treatment. 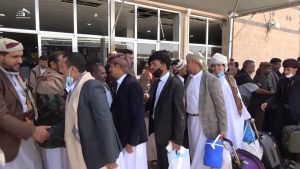 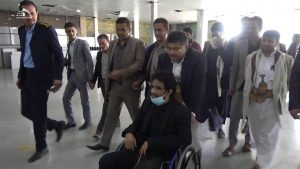 Al-Houthi called on the relevant authorities to pay great attention to the wounded in return for their sacrifices in confronting “the aggression forces.” 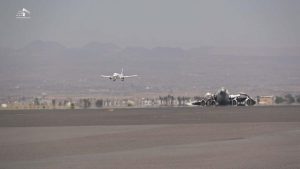 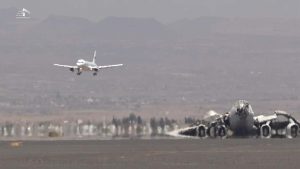 He indicated that the blockade and ban on Sanaa airport would be lifted, and movement would return permanently to the airport.