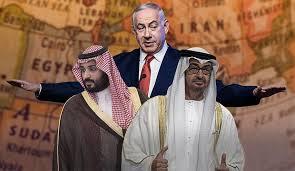 SANAA, Sep. 21 (YPA) – The General Authority for Tribal Affairs on Monday strongly condemned the disgraceful stance of the Arab League towards Emirates and Bahrain’s normalization with the Zionist entity and the Palestinian issue.

The authority confirmed in a statement that the regimes rushing to normalization do not represent their people, and the Palestinian issue will remain the central issue of the Arab and Islamic nation.
The statement indicated that normalization with the Zionist enemy is a stab in the first issue of Arabs and Muslims and treason in the nation’s side.

The statement denounced the shameful stance of the Arab League came within the framework of the series of targeting the Palestinian issue and the holy places.

The authority called on Arab and Islamic tribes and clans, who reject all forms and steps of normalization with the Zionist entity, to reinforce the unity of ranks and support the resistance movements, and go out with marches to reject normalization and back the Palestinian people.