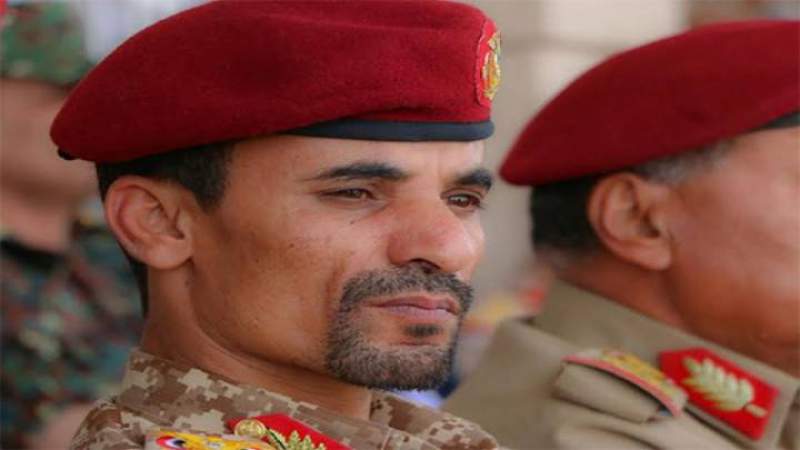 SANAA, Sept.21 (YPA) – Major General Abdullah Yahya al-Hakim, head of the military Intelligence in the National Salvation Government confirmed that Yemen would not allow anyone to interfere in its sovereign decisions under any false justification and claims.

Everyone should be well aware of this message and not to take their illusions any further,” said Abdullah Yahya al-Hakim.

Al-Hakim stressed that the countries that were quick to express their concern about the legitimate operations in Marib  are involved in supporting  takfirist and extremist of al-Qaeda and Daesh .

If necessary, the security and intelligence agencies will not hesitate to reveal all the hidden and will show local, regional and international public opinion the facts that countries with international influence are major supporters of terrorism and provide it with political cover, logistical and information support, al-Hakim added.

The decision to liberate Marib is a sovereign national decision and the Yemeni people refuse in the strongest terms to interfere in their internal affairs,” he said.

He concluded saying : “it is difficult for us to understand the strange haste of some countries to protect terrorist and criminal elements in Marib as if they want to say that Marib must remain a permanent focus for terrorists and takfiris while claiming to fight terrorism.”

The UN and a number of countries expressed deep concern at the army forces escalated operations aimed to overthrow Marib, and called for immediate humanitarian ceasefire in the main stronghold of Hadi and Islah forces