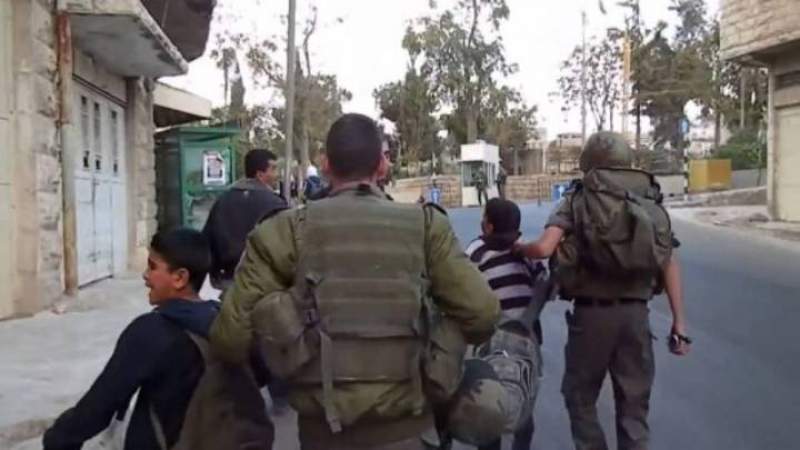 SANAA, Sept. 22 (YPA) – Israeli enemy forces on Monday detained two children from the town of Qaryut, south of Nablus, in the occupied West Bank.
According to Murad Shteiwi, the director of the Office of the Wall and Settlement Authority in the northern West Bank, the Zionist forces detained the two children, Amr Atallah Khazim, 13, and Muhammad Saada Khalil, 14, from the town of Qaryut, after their presence on Al-Ain road near the settlement of “Shilo”.

For his part, the official in the settlement file in the northern West Bank, Ghassan Douglas, explained that efforts are being made with the International Red Cross to release the two detained children, pointing out that Al-Ain Road has been closed since the outbreak of Al-Aqsa Intifada, and the Israeli enemy deprives the people of Qaryut of its behavior, as it is close to the settlements.

The Palestinian Prisoners’ Institutions stated that “the Zionist forces have arrested more than 1,300 citizens, including 210 children and 31 women, since the beginning of this year, and 295 administrative detention orders were issued against prisoners.”

US embassy calls on its citizens in Bahrain to be careful