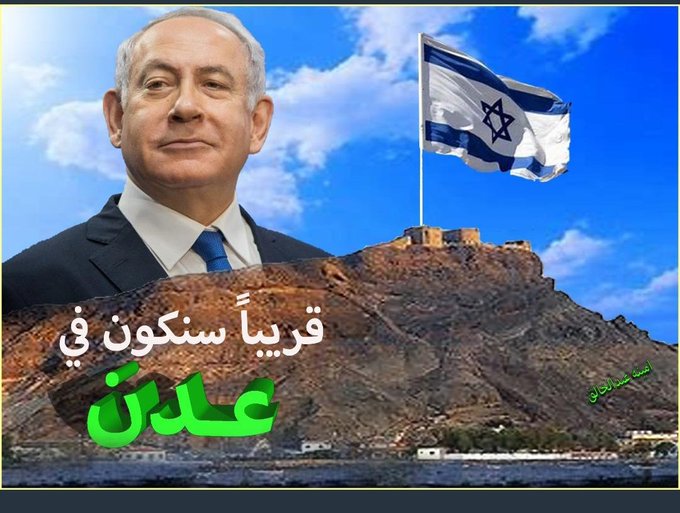 ADEN, Sept. 19 (YPA) – Israeli journalist Edy Cohen on Saturday said that Israel will soon be in the southern port city of Aden.

Cohen posted on his Twitter account, a picture of Sira Fortress, with the Israeli flag and a picture of Netanyahu reading “Soon we will be in Aden.”

Cohen attached the picture with the words “They’re all going to normalize.

However, the Israeli journalist’s tweet was met with angry reactions from Yemeni activists.

They considered the leaders of the UAE-backed Southern Transitional Council, which welcomed normalization represent an Emirati point of view, and not the Yemenis who rejected normalization with Zionist entity.