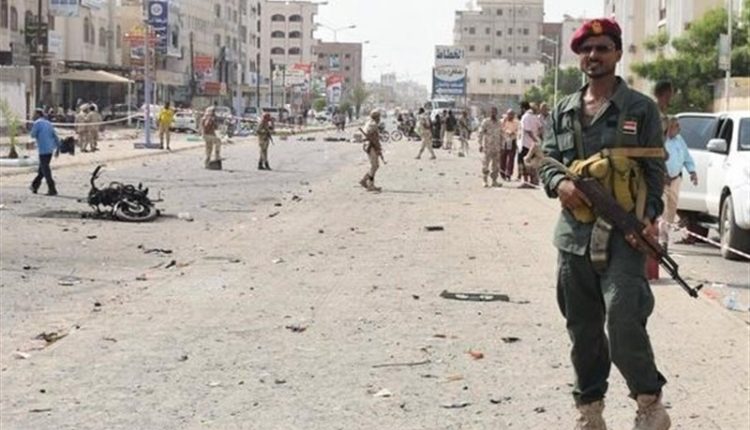 ADEN, Sep. 17 (YPA) – The port city of Aden, southern Yemen, witnessed during the past 24 hours the most violent and bloody attacks, most notably in al-Towahi district, where gunmen stormed a house and executed a whole family consisting of a husband, wife and five-year-old child.

In al-Mansoura district, two people were killed and three others were injured in a bomb attack that targeted a wedding party, which was followed by an exchange of fire.

This comes after a series of bombings in Khormaksar district, where unknown attackers attacked Aden airport with hand grenades and a power station in Aden.

Other attackers detonated a car belonging to the activist Mustafa al-Mansouri in Sheikh Othman district, after planting an explosive device under it.

These developments come at a time when the wave of protests escalated in the city over an almost total power cut that reached 18 hours a day and caused deaths as the summer temperature reached its peak in the coastal city.

The city of Aden has been witnessing an ongoing battle between Hadi’s government forces and the Southern Transitional Council (STC)’s militias, sponsored and funded by Saudi Arabia and the UAE, in addition to the existence of conflict within the STC’s factions that have been controlling the city since August of last year.

#Breaking: Hamas: Rulers who normalized relations with Israel did what they did to preserve their thrones, but they would be the first to regret