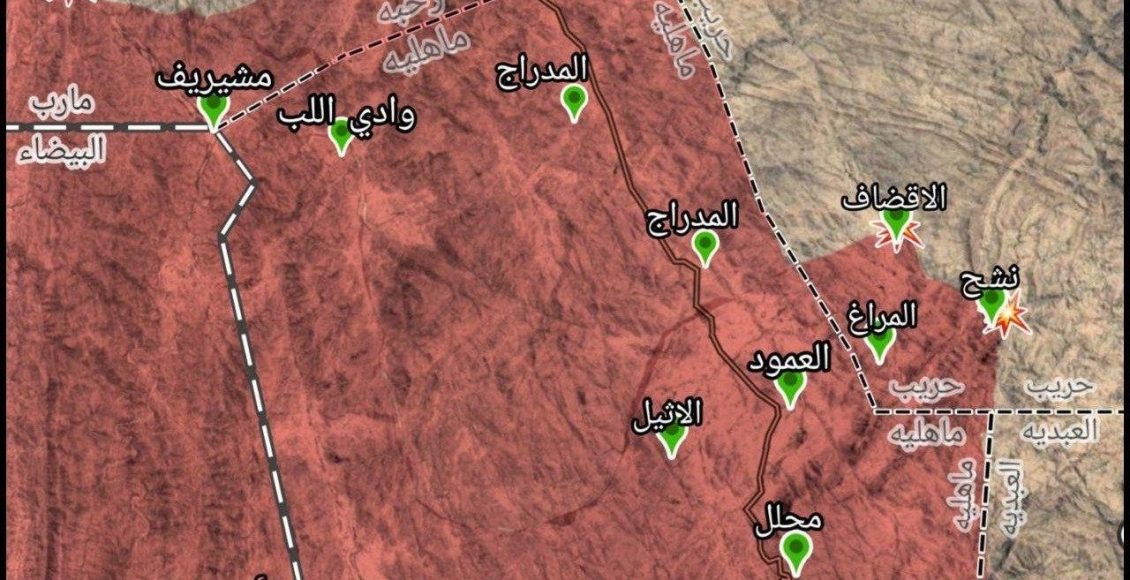 MARIB, Sep. 17 (YPA) – Violating confrontations between the Yemeni army and the Saudi-led coalition forces in the city of Marib escalated on Thursday, a military source told Yemen Press Agency.

The source affirmed that the army attack and took over Rahbah, al-Jawbah districts and Murad Mountain.

The sources confirmed that the army forces were able to penetrate into the areas of Alfa, Al-Naqam and Rahum, which are administratively separated areas between the districts of Rahbah, al-Jawbah and Murad Mountain.

Additionally, the army forces’ control of those areas would bring the coalition forces under a complete siege, and cut the main road linking Marib and Shabwa governorate.