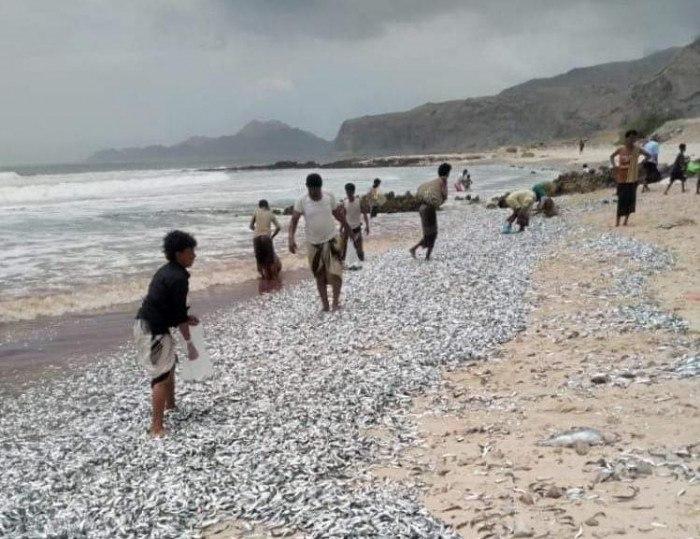 According to sources, sons of Fawa city of the province were surprised by the death of tons of fish on the coast of Hadramout, affirming the region have been witnessed repeated incidents of fish deaths.

The sources pointed out that the roaming of Emirati ships into the Yemeni waters is a real threat to the death of quantities of small fish and marine shells.

The fishermen demanded to put an end to and monitor the Emirati ships passing on the coast of Hadramout, the sources added.

The phenomenon of fish death has been repeated in the Saudi-UAE coalition-held coasts of Aden and Abyan provinces, south of Yemen, in a worrying and frightening manner.

Marib battle is important part to liberate all Yemen: Al-Ruwaishan

Activists demonstrate in London against Emirati-Bahraini normalization with Israel