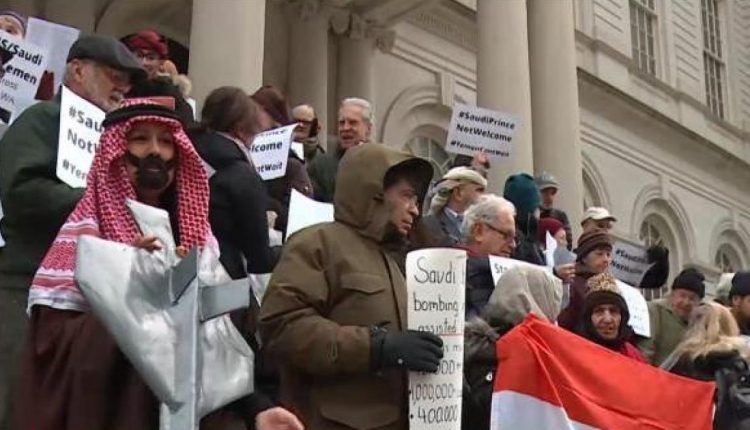 LONDON, Aug. 9 (YPA) – Activists and human rights defenders participated on Sunday in a demonstration on a bus that roamed some of the streets of the British capital, London, towards the Saudi embassy, demanding an end to arms deals with Saudi Arabia and the UAE.

The demonstrators held the Saudi authorities responsible for the safety of activists, who are experiencing pursuing and attempts to harm them in various regions of the world.

The participants in the demonstration also called for stopping the continued infliction of losses and grave damage to unarmed Yemeni civilians, and demanded an end to the war on Yemen.