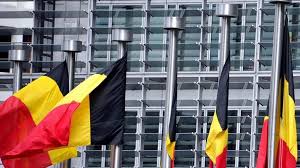 The country’s top administrative court considered that these permits did not meet standards for human rights in the end-user country and its respect for international law.

In return, however, the court rejected the organizations’ request for export permits to the Saudi Royal Guard.

The review was submitted to the Council by the National League for Human Rights and Coordination for Peace and Democracy and the Peace Organization (Forum for Fridisakti).

In February, the southern Belgian region of Wallonia halted weapons sales to Saudi Arabia’s defence ministry and air force over concerns about the conduct of its war in Yemen.

But, it decided to continue supplying the Royal and National Guards of Saudi Arabia, considering that these weapons were “aimed exclusively at protecting members of the royal family (royal guard) and symbolic religious sites or to protect the country within the Saudi borders.”

“Its ultimate goal will not be to be used in Yemen,” the Wallonia said.

In Belgium, the power to issue arms licenses to manufacturers is up to the regional executive authorities (Flandra, Wallonia and Brussels). The main section of the arm factories in Wallonia.