Death toll of Saudi airstrikes on Jawf rises to 20 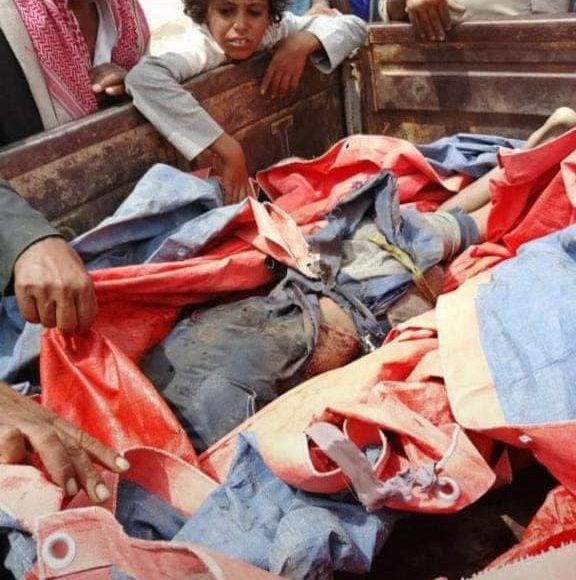 JAWF, Aug. 6 (YPA) -The death toll of Saudi-led coalition airstrikes on Khub Washeaf district in Jawf province on Thursday, has risen to twenty, mostly children and women, an official said.

The coalition warplanes waged three raids on nomadic camps in al-Ma’atra area in the district, which resulted in the killing of 20 citizens, including seven children, and the injuring of seven others, the official explained.

Dr. Abdulaziz Amir, director of the provincial health office, told Saba News Agency, that the death toll of the Saudi-led coalition’s airstrikes rises to 20 martyrs, most of them children and women, who were in four cars on their way to visit relatives.

He noted that the aggression warplanes prevented the arrival of the medics to the crime scene, confirming that seven wounded had arrived at Al-Hazm hospital, in critical conditions.

Yemeni passengers banned from travelling to Socotra via Aden airport