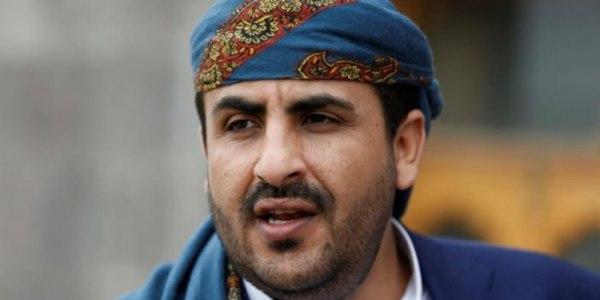 SANAA, July 26 (YPA) – The head of the Yemeni national delegation, Mohammed Abdul Salam, affirmed that the Saudi-led aggression countries and the United Nations have not responded to peace initiatives, stressing the importance of continuing the confrontation.

Abdel Salam said in an interview with the newspaper “September 26” on Sunday, that “the aggression and the UN don’t take positive actions with any peace initiative because they do not want to achieve a just peace and want just our surrender.”

He said that the initiatives being presented by Sanaa authorities demonstrate full keenness to encourage the parties, including the aggression countries, to reach a serious peace, adding, “we are not asking the impossible from the UN envoy, but if he continues his actions and his days will be folded.”

“The United Nations has not been deviated from the American and British way, since its establishment, due to the countries that won after the Second World War, have participated in making it,” he added.

Abdul Salam criticized the UN envoy’s role for Yemen, Martin Griffiths, saying, “If the envoy continues with these actions, his days will be folded.” Adding that,” We do not exclude that Griffiths may have decided at the end of the stage to the aggression countries to improve his position.”

He considered Griffiths as a participant in the blockade of Yemen after his false accusations sent to Sanaa about delaying payment of salaries.

Abdel Salam pointed out that the national delegation communicates with all parties, including the countries of the aggression and America and Britain, stressing that “we are sitting with them about reaching negotiations, not within the framework of subordination or accepting their directives, but as a party representing the Yemeni people.”

Additionally, that the army and the people’s committees made a historic achievement and triumphs for the great Yemeni people, who records the most amazing championships and sacrifices, and the aggression and siege made an opportunity to build strong military capabilities that protect the security and stability of the country.

He reiterated” that the Saudi regime does not have the right to political interference or changing governments and political leaders, indicating that the Riyadh agreement is an explicit expression of the failure of the Saudi regime to manage the conflict between its allies.”

Abdul Salam noted that the Sultanate of Oman is a model for neighboring country that does not have a harmful agenda against the Yemeni people.

In the context, he explained that the revenues of ports, oil and gas in the occupation-controlled areas go to corrupt or looted by the aggression countries.

4,600 Palestinian captives still in Israeli occupation prisons by end of 2020