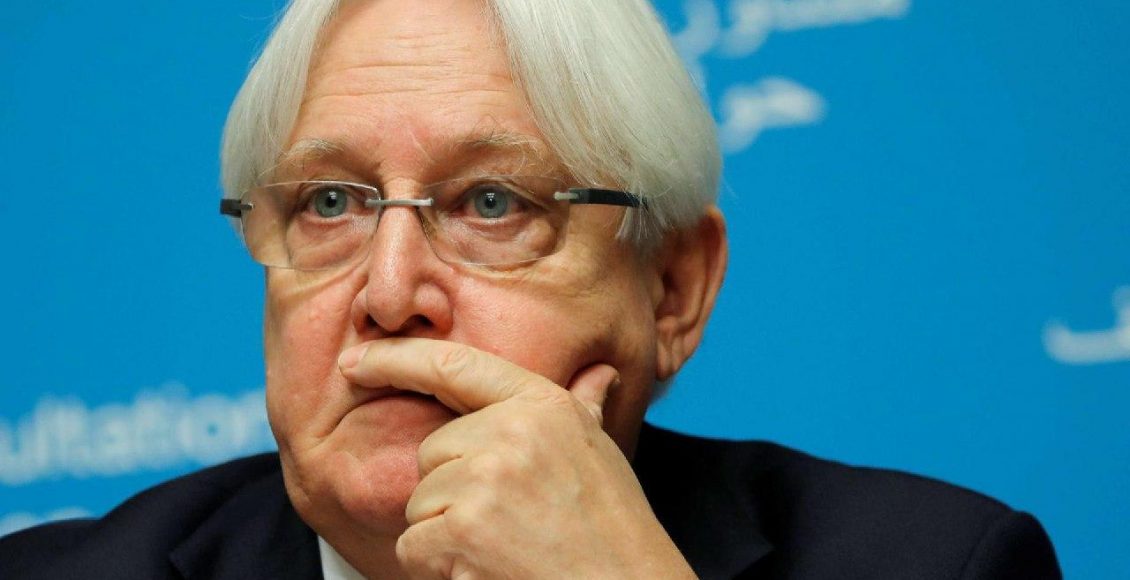 SANAA, July 18 (YPA) – Although the UN envoy’s mission for Yemen, Martin Griffiths, required neutrality with all parties, but the great part of his mission have become missing, since he became from the peacemaker into the sponsor of the war waged by the Saudi-led aggression coalition against Yemen for straight six years.

According to Yemen Press Agency’s analysis, since Griffiths have assumed his mission in Yemen, he demonstrated his strong collusion with the coalition in an failed attempt to pass suspicious agenda, especially regarding the state employees’ salaries suspended by the Saudi-backed exiled Hadi government since moved the central bank to Aden city south of Yemen.

Through the UN envoy dialogue with the “United Nations News Site”, it would become clear that the cut off the staff salaries carried out under UN auspices.

Instead of pressuring the coalition and its mercenaries to fulfill their commitments to pay the salaries of the state employees, which is a legitimate right for them, Griffiths seeks to cut off half of the salary paid by the National Salvation Government through his explanations that “Sanaa withdrew its revenues supplied in Hodeidah Bank’s account that were unilaterally supplied in the bank, which he has ignored that the other party backed by the coalition has obstruct the payment of salaries and refused to pay salaries despite Sanaa providing solutions and supplying its revenues to a special account in the Central Bank branch in Hodeidah.

Additionally, the United Nations, through its international envoy, renounces the fulfillment of its obligations, abandons the agreements being sponsored and obligated to pay the salary, has announced the suspension of arrangements for paying the salaries, which proves that the UN humanitarian claims are nothing and it is just banners raising to deceive the world opinion.

Although salaries are a humanitarian issue and not politics, the coalition has used the salaries issue as a weapon in its economic war on Yemen, which, through Griffiths recent statements, made clear that the matter is taking place with international blessing.

Regarding Marib province, Griffiths neglected during his recent meeting with the “United Nations News” website, the crimes committed by the coalition and its mercenaries against citizens, the latest of which was the crime committed by the Islah militias against al-Subayan family.

On the other hand, the UN envoy ignored the initiative that launched by Sanaa authorities to achieve peace in Marib, which was rejected by the other side and its intransigence, which was the key to a solution to and the war in the province.

Meanwhile, Observers believe that Griffiths’ statements and his apparent bias towards the coalition would complicate matters more than they are complicated and would make his mission to find peace in Yemen almost impossible, especially if peace would be Griffith and coalition’s hands according and not the Yemenis.

Fierce clashes break out between coalition faction in Taiz

#Breaking: An oil tanker was destroyed by tribal gunmen in Abayn

29,000 people displaced in Yemen due to heavy rain, floods: UN