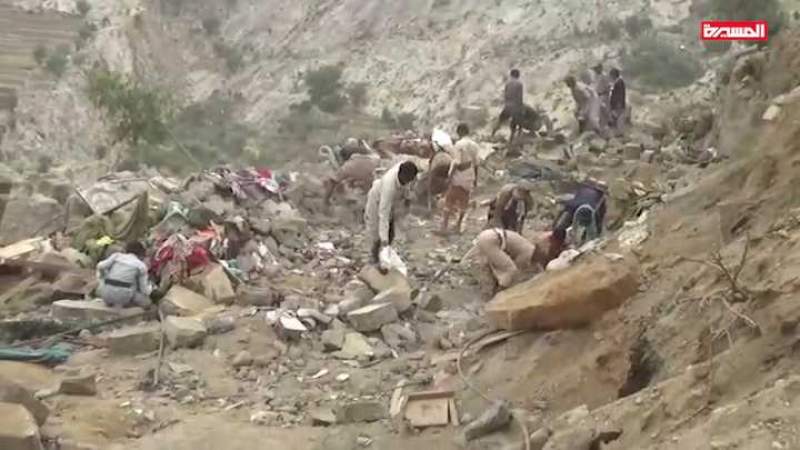 SANAA, July 13 (YPA) – The Geneva Council for Rights and Freedoms (GCRL) has condemned in strongest possible terms the Saudi-led coalition raid that claimed the lives of ten civilians in the northwestern province of Hajjah.

In a statement, the Geneva Council called on the Saudi-led coalition to “immediately investigate the raid that killed six women and four children after a residential home was targeted on Sunday in a random attack that could amount to a war crime.”

The statement stressed that under the laws of war, the Arab coalition and all parties to the conflict in Yemen must do whatever it takes to ensure that the targets are correct military objects.

Since March 2015, the coalition has carried out several airstrikes in civilians, in violation of the laws of war and without adequate follow-up investigations.

“The raid on Hajjah province is a stark indication of disregard for civilian life,” the statement read.

More than 5 years of coalition warfare has created one of the world’s worst humanitarian crises, with more than 80 percent of Yemen’s population relying on humanitarian aid to survive.

The Geneva Council says the deaths of the four children in the attack highlights how disappointing UN Secretary-General António Guterres’ decision was on June 15th, when he removed out the Saudi-led coalition countries from the blacklist of states, groups and entities involved in violating children’s rights in areas of armed conflict.

The Geneva Council called for urgent intervention to protect civilians in Yemen from the scourge of years of war.

It also called on countries to freeze arms sales to Saudi Arabia and the UAE immediately, support a UN independent investigation into violations committed by all parties to the armed conflict in Yemen, and to bring those responsible for war crimes to justice.