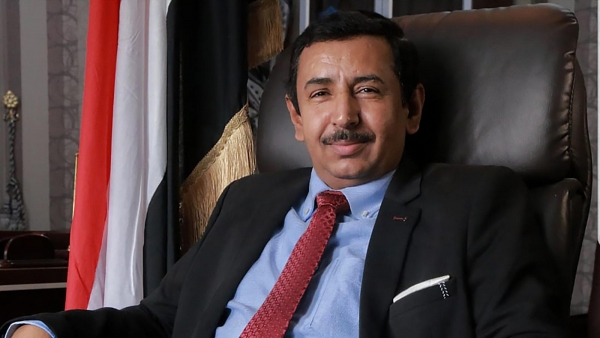 This comes ahead of a planned meeting in Riyadh that could lead to the removal of al- Islah party’s forces from Abyan and Shabwah.

Bin Ediu justified the suspension of exports of the oil because the that the province did not get its rights of the  oil revenues estimated at 5 billion riyals.

But tribal sources confirmed that the suspension came after calls received by Bin Ediu from Riyadh to prepare to remove al-Islah groups from the province as part of the plan to implement the Riyadh agreement.

The al-Islah party feared that Saudi Arabia, which has summoned its leaders and those of anti-Brotherhood parties, would press for the implementation of the Riyadh accord, which includes provisions for the departure of the al-Islah forces from Shabwah, Hadhramaut and Abyan provinces.

The sources predicted that the al-Islah would thwart any such move, pointing out that the party’s recent moves indicate a possible coup against Hadi by forming a military council in Shabwah and starting to attack the camps of the United Arab Emirates.

The united Arab Emirates launched low-altitude flights over the airspaces of al-Alam the flag and Behalf, where their troops are stationed.

Explosions were heard in the Al-Alam desert, east of Ataq city. It is believed to be  airstrikes, sources said.