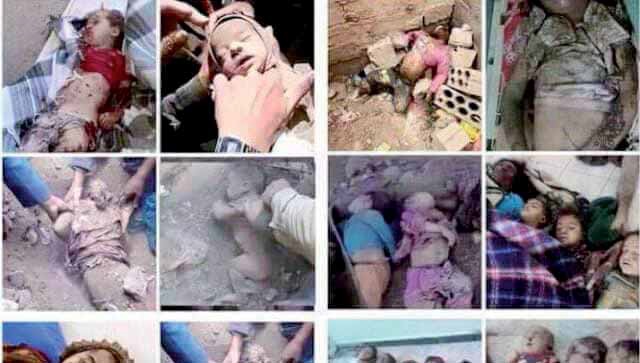 SANAA,June 23 (YPA) – The National Commission for UNESCO called on the Secretary-General of the United Nations to reconsider his decision violating the rights of Yemen’s children in accordance with United Nations laws, which includes removing the Saudi-led aggression coalition from the list of killing and maiming of children.

In a statement, the Commission called on international, regional and local humanitarian institutions, agencies and human rights organizations to stand with the children of Yemen, protect their violated rights, work to uncover child murder crimes before the scientific opinion, and refer the file to the International Criminal Court.

The Commission affirmed that crimes against the children and women of Yemen will not be subject to statute of limitations and that justice will be obtained from the killers of innocent Yemeni children and even after a while.

The National Committee for UNESCO condemned the issuance of this decision from an international body that represents an international humanitarian reference for the oppressed in the world to protect their rights and freedoms, considering the decision a major setback for the United Nations and its humanitarian principles.

The Commission considered the decision as exempting allied countries from their crimes and giving them an open instrument to commit more crimes without deterrence or international legal accountability and rob the children of Yemen of their humanity and the permissibility of their blood by the countries of coalition.

The statement pointed to the impact of the resolution on the efforts of the UN envoy to stop the unfair war and the deadly siege of Yemeni and Yemeni children, who have made Yemen the worst humanitarian catastrophe the world witnesses in the modern era, according to reports by international organizations that confirm that a Yemeni child dies every 10 minutes due to the war and the blockade imposed by the coalition countries Led by Saudi Arabia more than five years ago.

15 killed in brutal attacks on indigenous village in Mexico