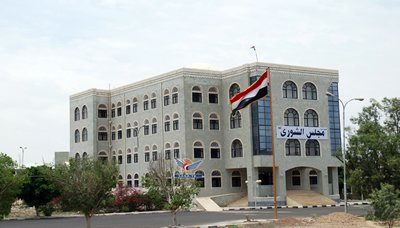 SANAA, June 18 (YPA) – The Shura Council on Thursday strongly condemned the UN Secretary-General’s decision to remove the name of Saudi-led aggression coalition from the list of shame for violators of children’s rights.

“This step reflected the United Nations response to Saudi pressure in an attempt to suppress the ugly image that has taken hold in the conscience of world public opinion, shocked by the coalition’s massacres and crimes against Yemen’s children and women over five years,” the council said in a statement.

The statement pointed out that the continuation of the aggression and the all-out blockade on Yemen coinciding with the removal of the name of the aggression coalition from the list of shame for violators of children’s rights, makes the United Nations in an unfair position.

“The United Nations position and its disgraceful action confirm its collusion with the Saudi regime under the influence of financial pressures,” the statement added.

The Shura Council considered the exclusion of Saudi Arabia from the list of violators of children’s rights as a permit for the Saudi-US aggression coalition to commit more crimes against the children of Yemen.

In its statement, the Shura Council called on the UN Secretary-General to reverse his decision in order to protect the children of Yemen from the aggression coalition crimes and to preserve the remaining credibility of the UN organization.