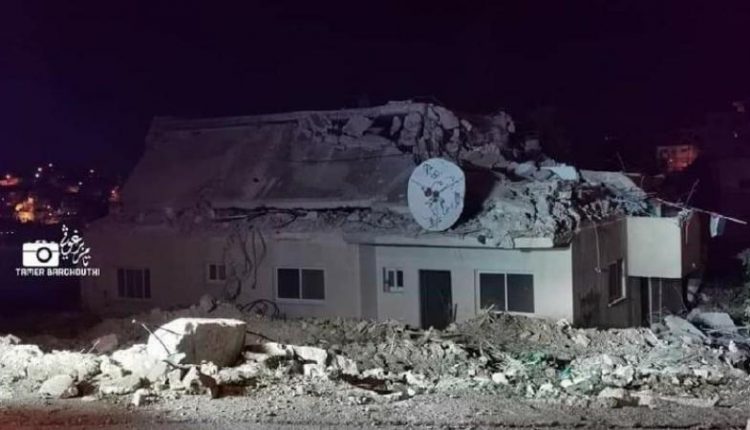 SANAA, May 11 (YPA) – Israeli occupation forces demolished the house of Palestinian prisoner Qassam Barghouti in the town of Kober, north of Ramallah, at dawn Monday.

According to eyewitnesses, Israeli army snipers climbed over the roofs of the houses of the citizens, while clashes broke out during which rubber bullets and tear gas were fired heavily towards the youths.

The Palestinian Red Crescent said its crews dealt with a direct hit by a gas bomb in the head, which resulted in a very large wound that was taken to the Hospital of Al-Sa’id and four gas injuries were treated on the ground during the clashes.

Palestinian killed by bullets of Israeli forces north of Salfit