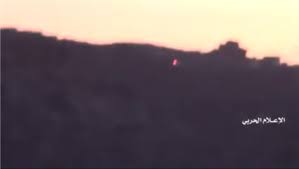 BAYDA, May 4 (YPA) – The military media of the Yemeni army and popular committees on Sunday released video footage showing the army forces launching an offensive on positions of Saud-led mercenaries in Bayda province.

The video footage showed the army forces advancing towards enemy positions in Makiras, inflicting heavy loss of life and equipment.

The scenes also showed numbers of mercenaries’ dead bodies. The Saudi-led coalition launched a number of airstrikes to back its mercenaries during their failed attempts to make progress on the ground.

According to the military media, the Yemeni forces seized various mechanisms and weapons left by the mercenaries before they fled their positions. They also were able to take control several positions in the province.