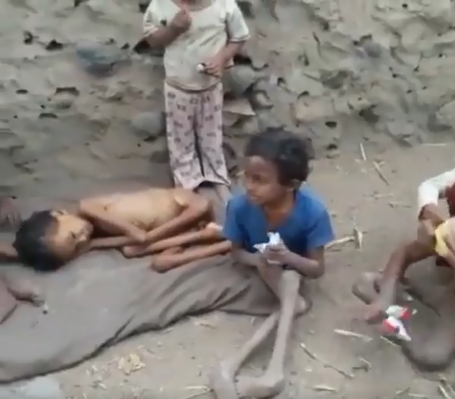 The video shows the skinny bodies that being severely malnourished.

Some activists said that ” Yemeni children have become a pile of bones and skin surrounding death from all sides as a result of malnutrition and lack of medical supplies due to the blockade imposed by the Coalition of American-Saudi Aggression on Yemen.”