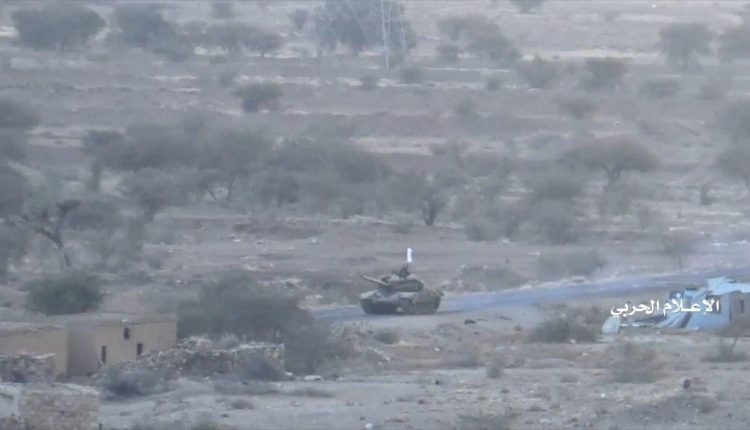 SANAA, Feb. 14 (YPA) – The Military media unit of the Yemeni army and popular committees on Friday released new video footage and scenes showing the army fighters  advancing  and controlling  over positions, camps and brigades belonging to Saudi-led coalition in the military of Al-Bunyan al-Marsous, in Nihm axis in Sanaa province.

The scenes showed the progress of Yemeni Army units while storming the sites of the mercenaries of aggression and chasing dozens of Saudi mercenaries as they flee.

The scenes revealed new details of dozens Saudi armored vehicles and military vehicles while they were seized by the Yemeni army.

Moreover, a large number of tanks and military vehicles were seized, while others were burned and destroyed in several locations where the conation fighters were stationed on the same axis.

Furthermore, the army and the popular committees seized weapons stores full of medium and light weapons and ammunition depots and missiles that the coalition aggression used to target the homes of citizens and their farms, personal weapons.

Personal weapons, night-time and thermal lights and sophisticated military technology left behind by the mercenaries of aggression.

The scenes also showed the Army’s ethical treatment of war prisoners and mercenaries “who surrendered and were wounded”.