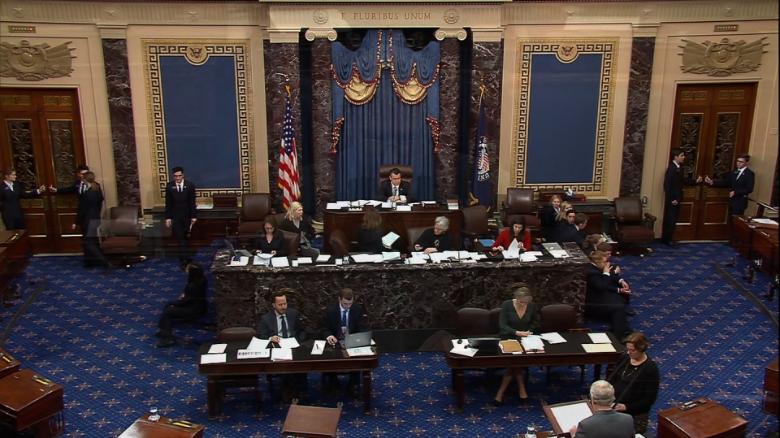 SANAA, Feb. 14 (YPA) – The US Senate on Thursday approved a resolution to limit President Donald Trump’s powers to wage war on Iran.

This approval considered a fresh blow to the Republican president, who is expected to veto it.

Eight Republicans joined the Democrats to pass the bill by 55 votes to 45.

The decision requires Trump to withdraw the US forces conducting combat operations against Iran unless Congress declares war or approves a specific authorization for the use of military force.

According to the text of the Congressional resolution, no part of it can be interpreted as “preventing the United States from defending itself from an imminent attack.”

On Wednesday, Trump warned on Twitter that adopting the resolution was a “very bad signal” about the US security, saying that “this will give Iran a chance at our expense.”

Trump has vowed to veto the resolution and is not expected to garner enough support in the Senate by a two-thirds majority to override the presidential veto. House Republicans control 53 of the 100 seats and rarely vote against the president.

Opponents of the legislation said that its approval sends the wrong message to Iran.

The US President Donald Trump has threatened to strike targets inside Iran, following the assassination of  Major General Qassem Soleimani, the commander of the Quds Force of Iran’s Islamic Revolution Guards Corps (IRGC) and Abu Mahdi al-Muhandis, the second-in-command of Iraq’s Popular Mobilization Units (PMU), by US  airstrikes near Baghdad International Airport.