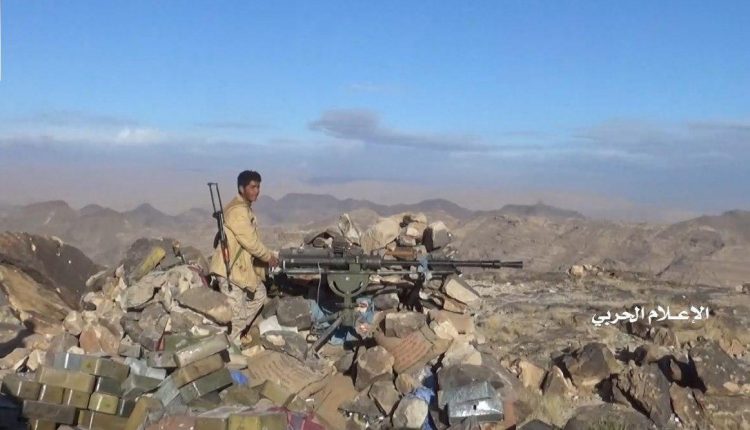 SANAA, Feb. 7 (YPA) – Military media released on Friday photos showing that Marib city held by the Saudi-led aggression coalition and its mercenaries, is under the Yemeni army fire.

The photos showed the secured military sites by the army in Salb strategic mountain and others sites overlooking on the city.

The spokesman of the Yemeni army Yahay Sarie affirmed in a statement the last week that the army took over Nehm district and other districts of Marib and Jawf province, with an area of 2500 square kilometers.

Marib city considers as a large stockpile of gas and oil wealth stolen and lot by the coalition and its mercenaries, while the Yemeni people are suffering from the worsening humanitarian and economic crisis as a result of the Saudi aggression on Yemen.

Protest rally in Ibb to back Palestinian issue