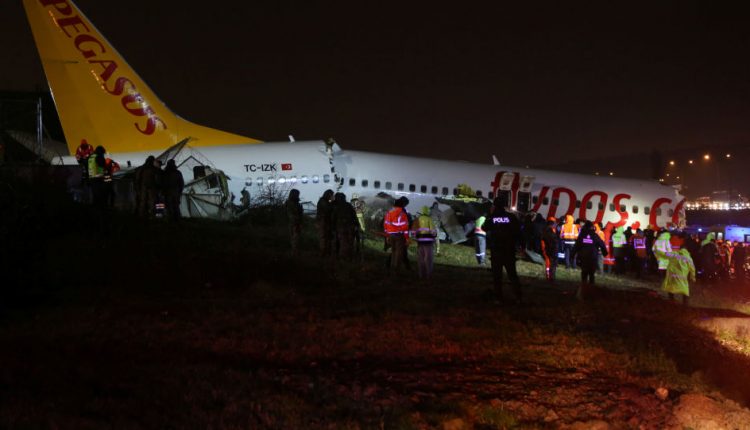 SANAA, Feb. 6 (YPA) – Turkish Health Minister Fakhreddin Goja confirmed on late Wednesday evening that the death toll from the airplane that skidded off the runway at  Istanbul’s Sabiha Gokcen airport has risen to three people and injuries to 179.

The minister was cited by Anatolia news agency as saying that three people were killed and 179 injured. Earlier, it was announced that one person had been killed and 157 injured.

Earlier on Wednesday, a civilian passenger plane belonging to a private Turkish company, from the western state of Izmir, crashed after landing violently at Istanbul’s Sabiha Goktion airport, causing it to split up in three parts.

Istanbul Governor,  Ali Yerlikaya said said in an interview on NTV: The reason for the severe emergency landing was bad weather.

Video Footage on Turkish media showed the wreckage of the plane in a field adjacent to the end of the runway.

The video also shows heavy rain and strong winds at the time, with smoke coming from one of the engines as passengers climb out of the fuselage onto the wings of the plane and away from the crash site.

The passengers were transported while the plane was lying on the grass next to the runway.Earlier footage showed an external part of the plane caught fire.