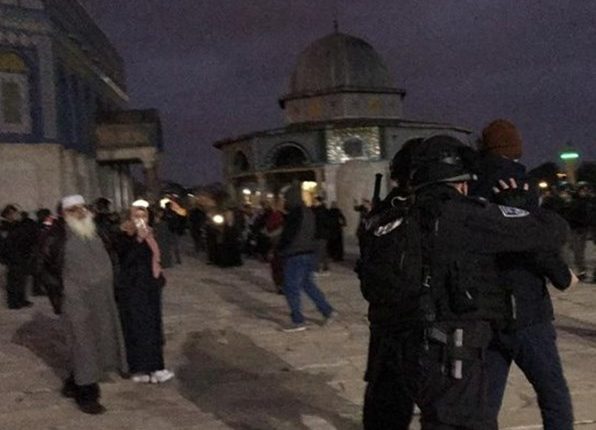 They pursued the worshippers while they were in the courtyard of the Dome of the Rock Mosque.

They beat, pushed them and forced them to evacuate the square, and the troops fired rubber bullets at them.

It also stated that a number of Palestinian youths had been arrested.

Thousands of demonstrators in Baghdad’s squares denounce US occupation