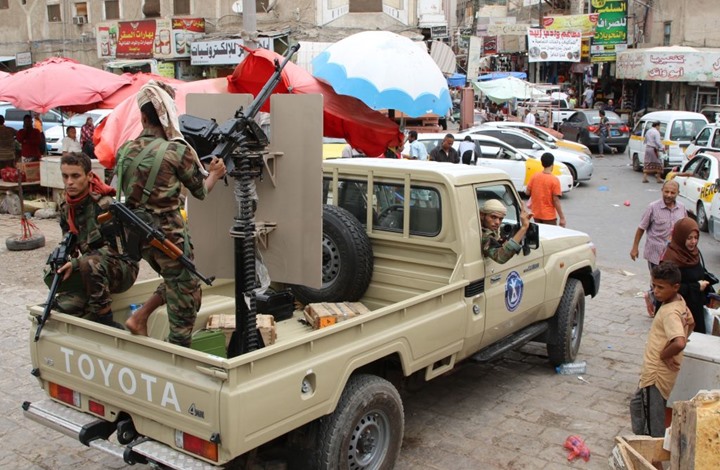 According to the local sources, after nearly two weeks of clashes, the UAE air force decided to intervene to curb the expansion of groups loyal to the Islah Party in Shabwah.

The sources said that the UAE warplanes carried out several raids on positions belonging to “Had’s forces” in al-Arm district of Bayhan district, which was captured by Saudi-backed forces during their recent campaign  in the province.

Moreover, the same sources added that a number of “Hadi” gunmen were killed and wounded, as well as several military vehicles were destroyed, as a result of the UAE raids.

Furthermore,the sources pointed out that the bombing of the UAE air, linked to the events of the clashes currently taking place in Abyan province between the two parties, which come with the aim of striking the reinforcements of Islah forces in Shabwah province and preventing them from reaching Abyan.

The STC militias pursued Had’s forces to the Saylah area in the Lauder district in northern Abyan province, where violent clashes took place between the two forces, after the UAE-backed militias managed to expel the reform forces from the Yarmas area in Khanfar district.

It is worth mentioning that the confrontations between the rival coalition forces in Abyan and Shabwah provinces,  buried any attempts to revive the Riyadh Agreement, especially since it broke out just two days after the signing of an agreement between the Hadi government and the STC, to calm down and start the process of mutual withdrawal from the sites.