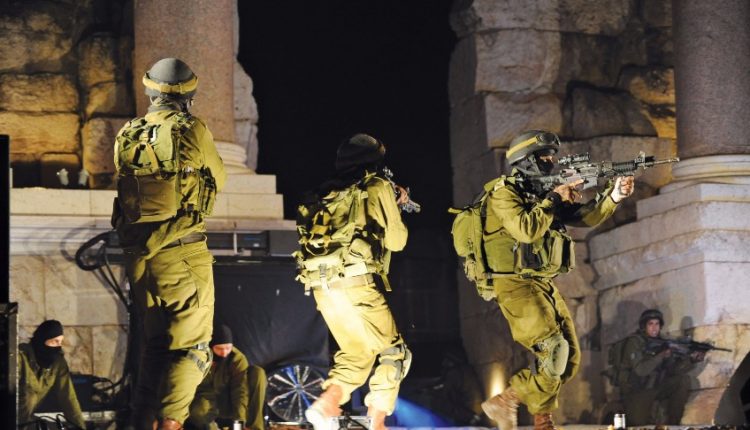 According to the “Palestine Now Agency” correspondent, the Israeli occupation forces arrested a number of citizens during a campaign of arrests in various parts of the West Bank and al-Quds Cities.

Israeli forces took them to their interrogation centers, the correspondent said.

The occupying forces stormed the village of Zuata, west of Nablus, confiscated the vehicle of the freed prisoner Mufid Musa, and carried out acts of vandalism and search before withdrawing from the village.

Moreover, Israeli forces also stormed the tribal town of Asira, south of Nablus, and arrested Imad Khaled Yassin after breaking into his home.

Large forces of the Occupation Army arrested the freed prisoner Fahd Yassin from Tulkarem, in addition to arresting the two students at Birzeit University Abdul Majid Hassan and adi al-Khatib, and arresting the young Mohammed Zaaqiq.

In Bethlehem, Israeli occupation forces arrested Riad Ahmed, 45, and his son Fadi, 19, from their home in the village of Al-Rashaida, south of the city.

In al-Quds, Israeli intelligence and police raided the homes of Ahmed Ghazala and Mohammed Sharifa in the Bab Hatta neighborhood of the Old City of al-Quds, searching them under the pretext of searching for prohibited items and explosives.

The Israeli occupying forces handed over a summons to investigate the girl, Aya Abu Nab, at the door of Hatata, one of the gates of the Al-Aqsa Mosque.