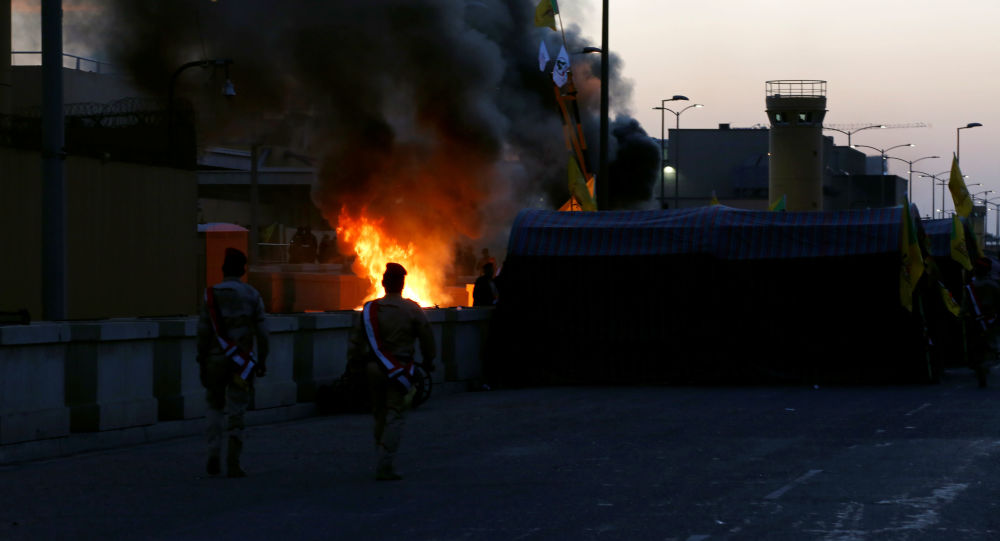 The source told Reuters that two of the three vehicles that formed a convoy of one of the factions were burned  and six bodies were charred.

An air strike targeted two PMF’s vehicles on Taji Road and so far the people inside have not been identified, Jawad al-Talibawi, a spokesman for the armed wing of Asaib Ahl al-Haq told told Sputnik.

The Pentagon announced on Friday morning that it carried out a strike near Baghdad airport in Iraq.

The air strike hit the same place where the commander of the Iranian Quds Force, Major General Qassem Soleimani, as well as leaders of the Iraqi Popular Mobilization led by Abu Mahdi al-Muhandis, were killed, while Tehran announced that it would respond harshly to the assassination.

The Joint Operations Command of The Iraqi Forces condemned the US operation, calling it “a treacherous and cowardly incident carried out by US aircraft.”

The Iraqi capital, Baghdad, is in a state of tension as thousands of people have been demonstrating since Tuesday morning to protest against US bombing of PMF positions on Sunday (December 29th), killing at least 27 people and injuring 62 popular mobilization members.