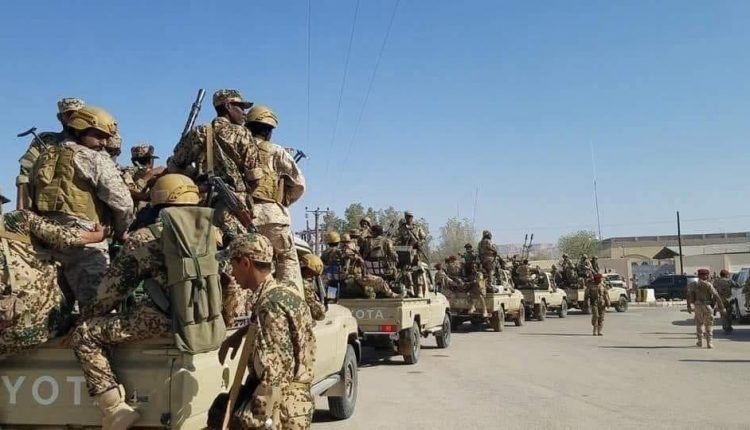 The sources confirmed that Abdul Haq Mohammed al-Dawi, a senior officer of the 1st presidential protection brigade, and four of his companions were killed, along with a military lea der in the STC named Salem Awad al-Sahimi. Additionally, eight military vehicles were destroyed.

According to medical sources, the Hospital of Shaqra city in Abyan province continues to receive dozens of dead and wounded, and has declared a state of emergency.

A source confirmed that units of the presidential protection brigade, consisting of 60 military vehicles, arrived in the coastal town of Shaqra and were stationed in the mountain ranges and Qarn al-Kalasi area.

The sources furthermore indicated that the units of the 1st presidential protection brigade will continue to move to the city of Zinjibar on their way to Aden province in southern Yemen.

Clashes subsequently broke out Thursday morning between the Hadi loyalist forces and the Southern Transitional Council forces in Ahwar district, after the UAE-backed forces intercepted the presidential protection units to prevent them from reaching Shaqra.

Violent clashes in the district lead to the killing of the deputy chairman of the STC in the directorate, and left several injured from both sides.

Social and tribal figures in the Ahwar directorate intervened to force the two sides to disengage, but the truce agreed upon lasted for only two hours.

Hadi’s forces came from Ma’rib governorate to the city of Ataq in Shabwah province on Wednesday, and stopped for a few hours in Ataq before continuing on their way to Abyan province.

A source close to the coalition-backed government based in Aden, said the presidential protection forces are scheduled to arrive in Aden to protect a mission at the presidential palace in Ma’ashiq, according to the military attaché of the Riyadh agreement.

The Riyadh accord stipulates that the first brigade will maintain presidential protection in the presidential palace area to secure the Hadi and the government. However, the STC leadership has already expressed dissatisfaction at the agreement, and indicated that will not abide by it.