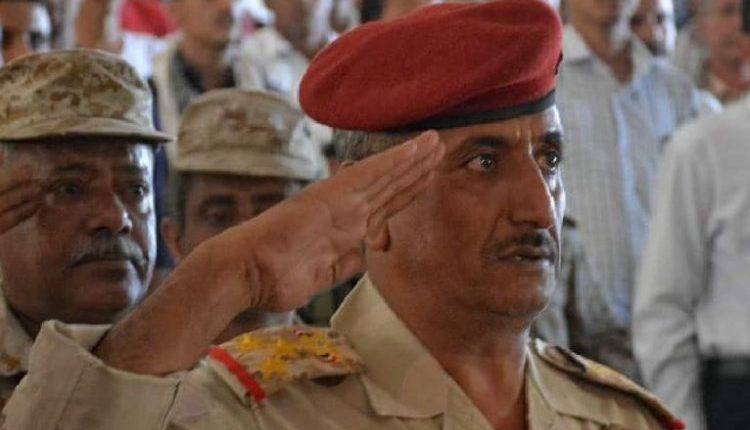 TAIZ, Dec. 2 (YPA) – Informed medical sources confirmed the death of the Commander of the 35th armored brigade, Brigadier general Adnan al-Hamadi, after he was shot in his head on Monday afternoon

According to the sources, Brigadier general Adnan al-Hamadi was shot by his brother, following personal disputes, in his birthplace Bani Hamad village in the southwestern department of Taiz, local media reported.

The general was taken to a Taiz hospital with his serious wounds, and his bodyguards killed his brother immediately.

Brig. Gen. Adnan al-Hammadi is one of the military commanders of the forces of aggression against Yemen.