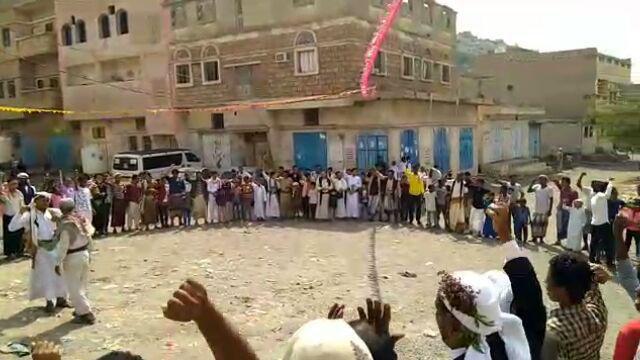 They also condemned the global silence, which considers complicity with the forces of aggression.

The protesters held the Saudi and UAE aggression forces responsible for all crimes resulting from this brutal siege.

The protesters blessed “If You Return, We Return” operation in Mocha, which came in response to the aggression crimes .

They considered the release of the prisoners as a positive step, stressing that the humanitarian issue should not be exploited politically.

They called on all the great Yemeni people to be more steadfast and to provide the fronts with money and men, stressing that strategic patience will result in a strategic victory for our oppressed Yemeni people.