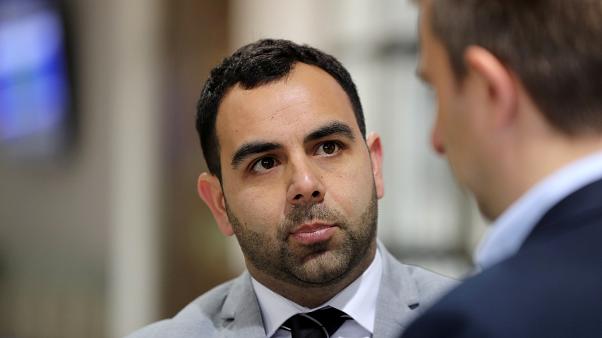 SANAA, Nov. 6 (YPA) – An Israeli court on Wednesday decided to expel the director of Human Rights Watch office in Palestine.

The decision to expel Omar Shaker, director of Human Rights Watch’s Palestine office, came after he was allegedly accused of carried out activities in the District Organization (BDS)

He was given 20 days to appeal the decision or leave the country, al-Sharq al-Awsat reported.

The court rejected the objections of Shaker and a number of Israeli peace activists, who accused the Israeli occupation government of compromising the work of the international organization in safeguarding human rights.

The organization’s director-general, Kenneth Roth, said that “Israel” includes itself in a forum of countries known for suppressing human rights and fighting the activities of his organization, such as Iran, North Korea and others.

It's easier to silence the messenger than to end Israel's illegal settlement regime, so the Israeli government seeks to join the likes of Cuba, Egypt, North Korea, Sudan, and Venezuela in barring @HRW's researcher. The Supreme Court says it can. Will it?https://t.co/A851pyieVy pic.twitter.com/ivyuC4G6N7

“The Government of Israel is expelling Omar Shaker, as part of its repressive measures to silence human rights organizations, and to prevent the Israeli public from knowing what practices are going on around them,” he said.