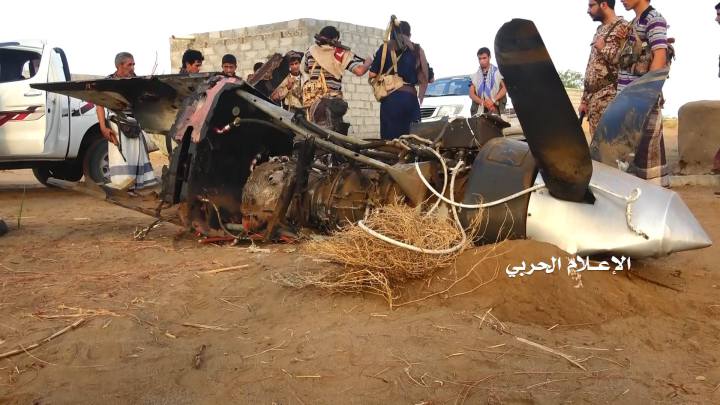 The video showed the wreckage of (Schiebal Camcopter S-100). The aircraft was down in Ras Issa area after violating Yemeni airspace and engaging in a surveillance mission on Hodeidah province, in a clear violation of the Stockholm agreement.