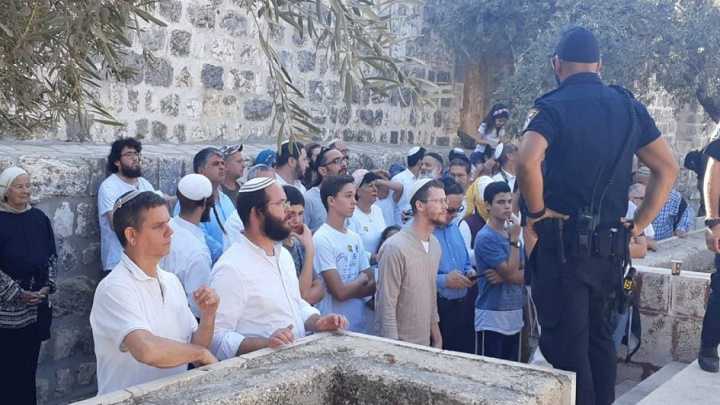 Safa News Agency reported that about 150 settlers stormed in the form of groups of the holy al-Aqsa Mosque squares from the door of the al-Mugharibah.

It pointed to the extensive deployment of enemy police officers who accompanied the settlers in their incursions to get out of the al-Salselah door.

Last night, thousands of settlers stormed the courtyard of the Al-Buraq Wall in the western wall of the Al-Aqsa Mosque to perform Talmudic rituals for the Jewish holiday of “Forgiveness”, amid strict measures restricting the freedom of movement of people in la-Quds.

The number of settlers is expected to reach 100,000, headed by senior Zionist rabbis.

The Al-Aqsa Mosque is subjected almost daily to a series of incursions and violations by settlers and various occupation arms.

The settlers stepped up under the protection of enemy police from violations of the sanctity of the Al-Aqsa Mosque and attacks on its patrons and guards, while settlers increasingly called to storm it during the current Jewish holiday period.