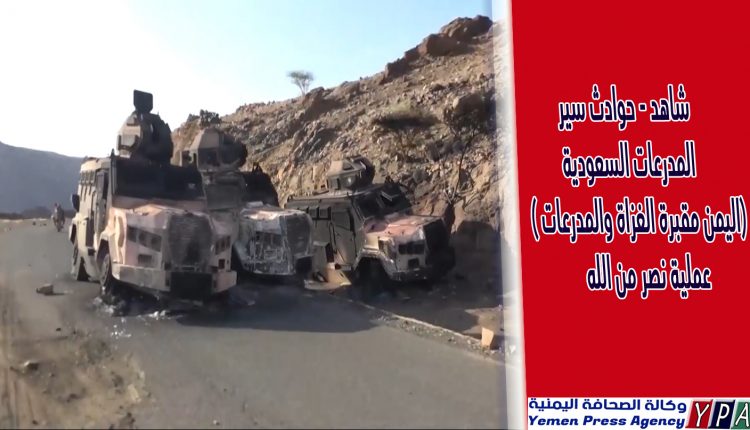 In a press conference, the army’s spokesman revealed that hundreds of armored vehicles and military cars and large quantities of weapons and military equipment of various types and sizes were seized during the operation, confirming that 15 armored vehicles belonging to the enemy was burned by “lighter system.”