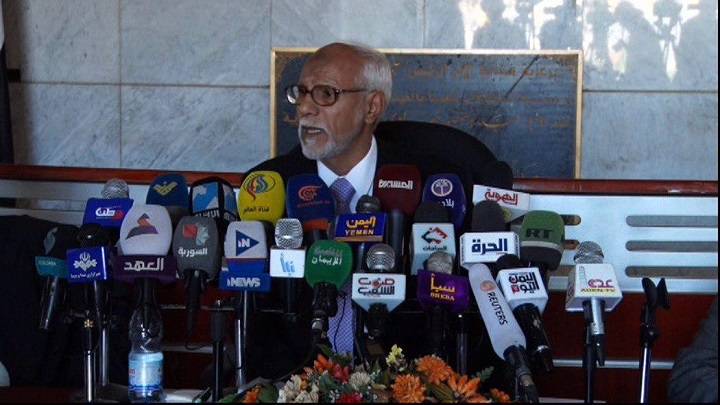 SANAA, Sept.26 (YPA) – The National Salvation Government confirmed on Wednesday that 2nd report of the International Expert Group on Yemen didn’t show neutrality and was designed to serve the countries of aggression, “it just didn’t tell the truth,” said an official of the Salvation Government.

The official noted that the 2nd report of the International Expert Group on Yemen did not address many of the war crimes committed by the countries of aggression and mercenaries since 26 March 2015.

The statement of The Government of Salvation stated that “the 2nd report of the International Expert Group on Yemen ignored the assassination of the martyr President Saleh Al-Sammad; it is a flagrant violation of international law since the assassination was declared as part of a hit list with financial rewards.The report did not touch on the Saudi and UAE occupation to parts of the territory and islands of Yemen.

It ignored the aggression’s recruitment of children and the use of internationally prohibited weapons, especially cluster bombs.”

Bodyguard of Islah leader wounded in assassination attempt in Hadhramaut

#Breaking: #Hodeidah – Another citizen’s home was burned in coalition’s bombing on…