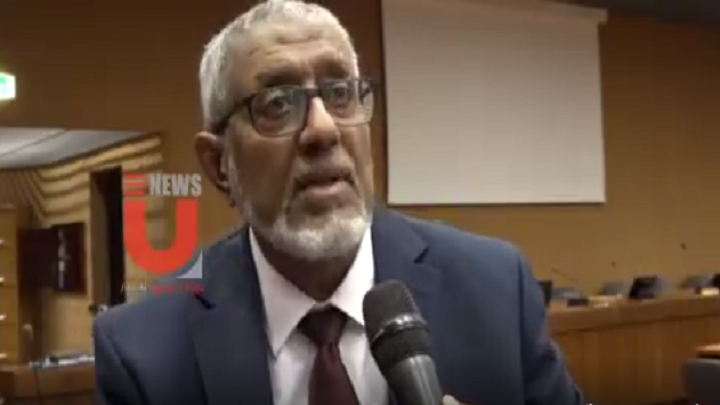 SANAA, Sept. 23 (YPA) – Saudi opposition leader, Mohammed Al-Mas’ari, said that the Saudi-led war against Yemen is a divine trap, predicting that it would end with a defeat for Saudi regime and a catastrophe for the Saudis.

The move came during a meeting with the UN on the sidelines of the 42nd session of the Human Rights Council in Geneva.

He said that the main concern of the Al-Saud family is that the Arab Peninsula and the surrounding areas should not have a system based on popular accountability legitimacy.

The Saudi Opponent stressed that the people of the Arabian Peninsula are dissatisfied with Al_Saud family, pointing to the absence of the political mechanism in Saudi Arabia.

Al- Al-Mas’ari also challenged his country’s authorities to hold a referendum or a popular vote, stressing that the Saudi people are “absent and will not know their opinion unless the regime falls.”

#Breaking: Civilian casualties reported in addition to a large number of livestock due to #Saudi-led air strikes on #Hajjah