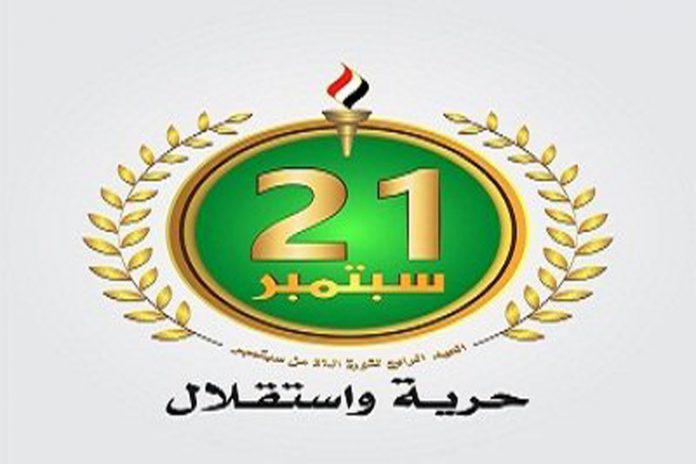 SANAA, Sept. 21 (YPA) – Yemeni people in and around the capital Sanaa are preparing to take part in the mass rally, which will be held on Saturday afternoon to mark the fifth anniversary of the September 21st revolution under the slogan “Freedom and Independence.”

The Yemeni Organising Committee of Events has called on the Yemeni people to participate in the mass rally titled “Freedom and Independence”, to be held on Saturday afternoon in Sanaa to mark the fifth anniversary of the September 21 Revolution of 2014.

The committee stressed the importance of broad participation in this rally in order to confirm that the Yemeni people are moving forward in the battle for freedom and independence, noting that the rally will be held on Saturday afternoon in the Bab Al-Yemen square to mark the fifth anniversary of the revolution.

The fifth anniversary of the September 21st revolution comes as our Yemeni people are fighting the battle for freedom and independence against the US-backed Saudi-led aggression coalition, which began its aggression six months after the revolution on March 26, 2015 with the aim of breaking up Yemen and keeping it under its control, and turning it into entities under its sovereignty.

Despite the atrocities and crimes committed by the Saudi-led aggression and economic blockade that caused the deterioration of the living conditions in the country, the Yemeni people, within five years of the revolution, were able to stand against the most powerful, strongest and richest countries in the world that are leading the aggression against our country, and here are their strikes reach the depth of the aggression countries and hit their strategic centers.