The documents that were obtained by Yemen Press Agency show that the 35th Armoured Brigade in Taiz province has received ammunition and protective shields from the invading coalition in Aden, which operated separately from the leadership of the Taiz forces. 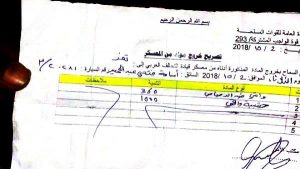 Another document is a statement by the Joint Task Force to allow the passage of 360 bulletproof shields and 1,000 protective bags to a person named Othama Fathi Abdul Hamid. 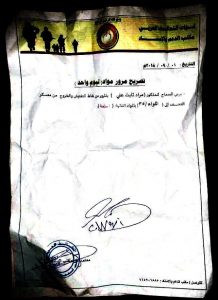 The dispatch of these munitions from the UAE to the 35th Armoured Brigade happens without knowledge or permission by the leadership of the Taiz axis, which indicates that something is being arranged off the books between the brigade and the Emirati occupation forces in Aden.