Disputes among coalition’s military leaders on western coast cause rifts 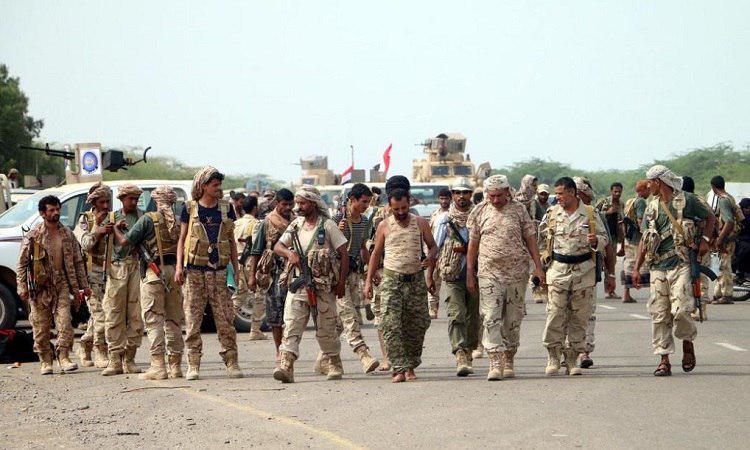 HODEIDAH, July 17 (YPA) – Informed military sources revealed that the disputes between Saudi-led coalition’s leaders and militants in the west coast have escalated on the drop back of “insults and exclusionary practices in accordance with regional standards”.

The killing of Hassan Merkin, commander of a company in the 3rd Battalion, the third brigade of the so-called Tihamin ” attributed to the increase of sharp differences that arose between the leaders of the leadership guards of the republic, and the leaders of the Tahamin resistance.”

According to the same sources, “Merkin” was one of the most prominent opponents of the Emirati approach to appoint Tariq Afash as commander of joint operations in the western coast.

He threatened to join his forces to the forces of Ali Mohsen and Islah party militias.

This forced the UAE to pressure the leaders of giants to push the appointment of Saghir bin Aziz as the head of the coalition-backed government team in the trilateral coordination committee “.

In the context, sources close to the representatives to the exiled Hadi in the Coordination Committee for the redeployment in Hodeidah, revealed that the absence of the representative of the sons of Tihamah, Major Ahmed kukbani and the commander of the so-called ” Tihamهn resistance from the meetings of the committee on Sunday and Monday, due to “the abuses Saghir Bin Aziz and Sadiq Dweed to him And to the sons of Tihamah.”

According to the sources, there were verbal altercations a few days ago during a meeting that included a number of leaders of the factions of the “joint forces”, including Tariq Afash, during which Bin Aziz, Sadiq Dweed and a number of leaders addressed insults and insulting words against Kukbani, and accused him and the sons of Tahamah as ” Houthis” and that they have links with them.

21 fishermen arrive in Hodeidah after being held by coalition forces

Czech MEP: US and UK contribute to human rights violations in Yemen